We had a baby without insurance. Here’s what it cost.

Having a baby without insurance isn’t all that bad — if you have the right tools.

When I first found out that my wife and I were going to be having our first baby, I was ecstatic! I had no idea what the process of having a baby was going to be like, but I was ready for it. That was until I realized how much it could actually cost to have a baby without health insurance.

Here’s what we were hit with:

*NOTE: I am a member of a healthshare so I was not required to pay 100% of these costs out-of-pocket. Nonetheless, I was treated as uninsured by my providers and these are the costs I accrued. 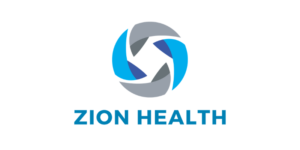 Our very first visit to the OBGYN, we were asked to put down a $300 deposit for the birth. I had no idea why I needed to do this but everything was moving quickly so I handed them my credit card. Luckily, most services done during a pregnancy don’t require you to pay upfront — they just send you a bill.

Going through all my bills, I am not even sure what all of them are for. Not to mention, they are coming from a bunch of different providers — even if it was the same appointment. I’d also like to mention that we had a c-section which is probably a lot more expensive than your average birth. We also had intended to use a midwife and paid upfront for one until we learned our little guy was breech and would require a c-section.

That’s right. Forty large for us to have our baby. Not only was this totally insane, they were broken down into an endless amount of bills. I would receive bills on almost a daily basis. At one point, I was even contacted by a debt collector for a $90 bill that must have gotten lost in the mountain of bills I was working through.

Utilizing the perks of not having insurance

Obviously, not having insurance is not the best route to go when having a baby — but there are some perks. The biggest perk is the fact that almost all providers will give you a “self-pay discount”. This is the provider realizing that I am most likely not going to be able to fork out $40k so they instead agree to settle for less.

The biggest bill I received from the hospital was for $19k and with a self-pay discount, they only asked for $9k of it. A huge discount no doubt, but still wildly expensive.

How I paid the bills

As I noted in the beginning, I am a part of a healthsharing ministry. Liberty Healthshare to be exact. You can read my review of the ministry here.

Being a part of this ministry allowed me to submit all of my medical bills and have them shared among a large group of people. I believe Liberty is well over 100,000 members now.

Regardless of how these bills were paid off, I thought the prices were staggering! What do you think? Comment below with your opinion or other experiences you’ve had!

Are you considering joining a healthshare?

Healthsharing Reviews reps have extensive knowledge across all different healthsharing organizations. We can help you choose which one fits your needs!

Speak to one of our reps for free!